Republican Jacquie Atkinson, who hopes to unseat Democratic Rep. Scott Peters of San Diego as he seeks re-election next year, is trailing the incumbent badly in fundraising.

On the radio…
The race in the 52nd Congressional District was one of the closest in the nation last year. Whether history repeats itself could well be determined by the GOP candidate’s ability to raise significant sums of money early on.

According to campaign finance reports released last week, Atkinson was outraised nearly 12-to-one by Peters during the second quarter of the year. She raised $40,465 to Peters’ $474,857, according to Federal Election Commission records. The numbers for Peters, one of Congress’s wealthiest members, include $19,387 of his own money.

The report represents Atkinson’s first test of fundraising strength as she tries to oust Peters in the 52nd Congressional District, which is nearly equally divided among Democrats, Republicans and independents.

“Obviously, it’s much less than what we hoped for,” Knepper told inewsource. “We were shooting for double that, if not more, at least. So, it was definitely behind what we wanted.”

When Peters’ second quarter haul is added to the $369,488 he raised in the year’s first three months and leftover funds from his race last year, he had almost three-quarters of a million dollars in his account at the end of June. Atkinson had about $20,000.

2. Atkinson, a first-time political candidate, also raised less than 10 percent of the money 2014 GOP candidate Carl DeMaio did in the same fundraising period in the 2013-14 cycle.

3. Nationally, almost half of House challengers have raised more money this year than has Atkinson.

MaryAnne Pintar, Peters’ district chief of staff, was pleased with the congressman’s fundraising haul, even while predicting a competitive race as he runs for his third term.

“We are pleased that he’s been able to continue to draw a really broad fundraising base. This is really the product of a lot of really hard work,” Pintar said. “We’re in one of the toughest swing districts in the country and we’re always going to have a tough race.”

Knepper said Atkinson’s poor start to fundraising was a product of her having “zero name ID.”

Atkinson, a Marine veteran who served in Iraq, has never run for public office. She spent much of the past several months introducing herself to voters, Knepper said.

“We’ve kind of thrown the seed out and as that name ID grows and everything starts to come together, we’ll begin to bring in more money,” he said. “We’ll reap what we sow.”

Among the 121 House challengers who filed second quarter reports, Atkinson raised less than 55 of them, according to an inewsource analysis of FEC data. The agency’s data doesn’t specify when these candidates began raising money.

The race in the 52nd, a district running north from Coronado to La Jolla and then east to include Carmel Valley, Scripps Ranch, Poway and Rancho Bernardo, was among the closest in the nation last year. Peters, first elected to the seat in 2012, beat former San Diego city councilman and 2012 mayoral candidate Carl DeMaio by a little more than 6,000 votes out of nearly 192,000 votes cast.

DeMaio raised nearly a half million dollars in the second quarter of 2013.

Knepper, who managed DeMaio’s race against Peters, said any comparison with him is an inexact one, at best.

“He [DeMaio] was coming off a massive fundraising effort running citywide and was already a current city councilmember in the past,” Knepper said. “He had almost a hundred percent name ID as opposed to zero percent name ID.”

Atkinson also raised less money that Republican Kirk Jorgensen did when he ran unsuccessfully in the June 2014 primary for Peters’ seat. Jorgensen pulled in $119,359 in just 13 days of fundraising in June 2013.

Jorgensen lost to DeMaio in the primary.

“If you can’t demonstrate now — a year before the primaries — that you’re pretty close to at least having the chance to win, there’s a lot of other places you can spend money as a Republican donor in San Diego,” Luna said, mentioning the San Diego mayor’s race and City Council President Sherri Lightner’s open seat.

If history is any guide, the candidates in the 52nd Congressional District will have to raise a lot of money to be competitive.

Peters and DeMaio spent a combined $7.9 million on the race, according to the Center for Responsive Politics, a Washington, D.C.-based nonprofit research organization that tracks money in politics.

“I think we always have to anticipate a tough race,” Pintar said when asked how much she anticipated the race would cost this time around. “I don’t even want to try to ballpark a number right now.”

Knepper doesn’t believe Atkinson will match Peters in fundraising (a feat he asserted “nobody ever will”) but said that as her name has caught on so has her fundraising.

“I think by the end of quarter three, we will have caught up significantly,” said Knepper, asserting that “momentum’s definitely building” for Atkinson.

He said the campaign hopes to raise $200,000 to $300,000 this quarter. Pintar declined to comment on her camp’s fundraising goals.

Luna said the “rule of thumb is you win three in the House of Representatives and you’re pretty much good to retirement.” That means 2016 represents Republicans’ best shot at turning the seat red anytime soon.

“In that area the demographics are shifting [in favor of Democrats]. This is their best, last chance to grab that district in an all-out fight if they put a lot of time, money and resources into it, and the party doesn’t seem to have the candidate or the wherewithal to do so,” said Luna, a longtime observer of the region’s politics.

Knepper said Atkinson, who works at the Department of Defense’s Joint Improvised Explosives Device Defeat Organization to reduce the impacts of IEDs, is just the candidate to beat Peters.

“Everybody that meets her, loves her,” Knepper said. “It’s just a matter of getting in front of the right number of people.”

Joe Yerardi is a freelance data journalist for inewsource, where he worked between 2013 and 2016 as an investigative reporter and data specialist. To contact him with questions, tips or corrections, email joe.yerardi@gmail.com.

On the radio. Hear the whole series.

At inewsource, we pride ourselves on providing our readers, listeners and viewers with objective, data-driven reporting on the major issues of the day. We take the same approach to election coverage. We go beyond the he-said-she-said story lines of daily political reporting and dig deep with data and documents in covering topics from campaign finance to district demographics and more. We get past the spin. This is election 2016: by the numbers. 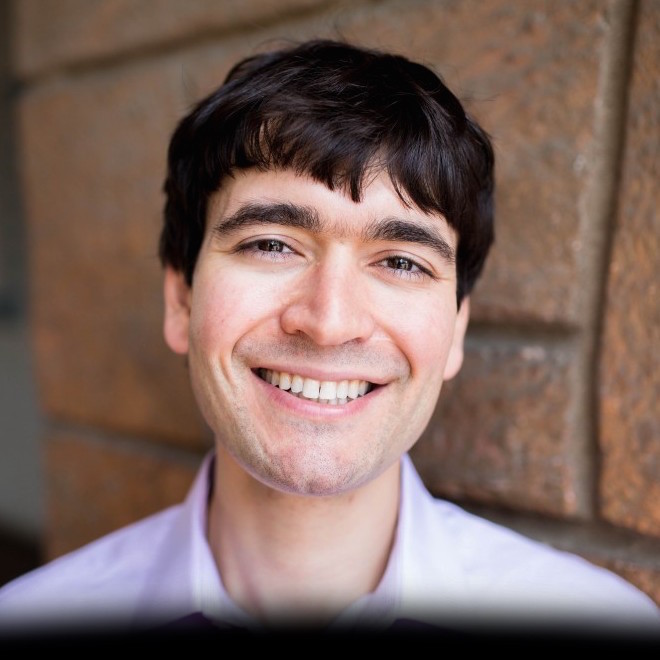 Prior to joining inewsource, Yerardi was the data editor at the San Antonio Express-News. While in San Antonio, he wrote data-driven stories of local and regional interest, assisted reporters in utilizing data in daily and enterprise coverage and produced data visualizations for the newspaper’s print and online products.

Joe holds bachelor’s degrees from New York University and a master’s degree from the University of Missouri School of Journalism.