Methane leak in L.A. is slowing but remains massive

The latest measurement of the methane gas plume streaming from a broken Sempra natural gas well in Los Angeles County shows the flow, while still massive, has decreased.

Instruments aboard a specially equipped aircraft indicate 21,500 kilograms per hour of climate-changing methane now billowing from holes in the ground alongside the wellhead in the Aliso Canyon Natural Gas Field, owned by Sempra Energy-subsidiary Southern California Gas Co. That marks a more than 60 percent reduction from the fiercest flow, measured Nov. 28.

But daily greenhouse gas emissions from the site still equal roughly 3.3 million cars on the road for a day. Regulators have said they are unaware of any methane release of this size in state history.

The slowing was expected due to concerted efforts to pump gas out and lower pressure in the underground gas storage field, the fifth largest of more than 400 across the country.

Yet the situation is far from safe and stable. Efforts to “kill” the damaged well have further destabilized its top, and experts working to control it don’t feel they’re in the clear just because the flow is decreasing.

In related news, following last week’s orders from Gov. Jerry Brown, the state’s Division of Oil, Gas and Geothermal Resources on Friday released its proposed emergency regulations on underground gas storage areas. Until now such rules have not existed. Officials says they are unaware of such regulations in other states.

The new rules would set limits for injection pressure at each of the 14 storage fields in California, based on their individual geology. The regulations would require operators to monitor the pressure in well casings and test safety shutoff valves. They do not say how often this pressure would have to be tested, and they do not address the fact that safety valves, in many instances, are not required.

Sempra Energy, based in San Diego, is a Fortune 500 energy company with 2014 revenues of $11 billion. Its stock price is down approximately 8.4 percent since the methane stream was discovered Oct. 23. 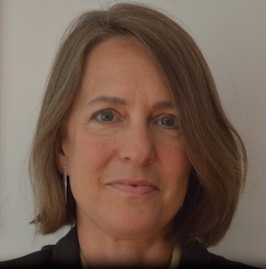