The grounds of San Diego Hospice are shown in this video screenshot from 2013. (Brad Racino/inewsource)

San Diego Hospice: The end of a journey

It’s been a long goodbye for San Diego Hospice, an institution that helped people die with dignity and without pain. When Scripps Health announced last month it was getting out of the hospice business, it was the final chapter in a four-year saga to preserve the venerable institution.

Scripps Health shut down its hospice unit just four years after trying to save the legacy of San Diego Hospice. Government data shows nonprofit hospices like the one at Scripps are shrinking as for-profits flourish.

Scripps had tried to salvage the remains of San Diego Hospice — hiring its employees, taking in its patients and winning a bidding war to buy the Hillcrest facility: a building atop a hillside that had come to represent a legacy of end-of-life care that touched thousands.

San Diego Hospice’s decades-long reputation couldn’t endure the beating it took when federal auditors began to ask whether the people it cared for were actually dying.

In 2012, news of a two-year Medicare investigation into fraud at the hospice was made public, and it seemed no amount of damage control could stop its freefall. By 2013, the hospice declared bankruptcy and closed. Scripps believed it could pick up the pieces and continue the long tradition of training doctors in end-of-life care, as well as providing it to both young and old.

But perhaps the first sign things were not going well was last year when Scripps rented the 24-bed inpatient facility in Hillcrest to the San Diego Fire-Rescue Department. Fire Station No. 5 was looking for a temporary home while a new building was constructed.

And then in April, the building was sold to a condo developer in Texas for $20 million — about $3.5 million more than Scripps paid for hospice and its property.

“I was devastated when we got the announcement that they were selling the building. That to me was when I knew hospice is going to close eventually,” said Lase Ajayi, a Scripps Palliative Care and Pediatric Hospice physician.

“I remember when I was a fellow there. We did a wedding there for a family,” she said. For Ajayi, it was more than a building. It was a meeting place that brought people together and provided precious final memories to the dying and their families.

She was in the final class of physicians to complete their training at San Diego Hospice in palliative medicine — a specialty that treats pain and other symptoms of serious and terminal illness. Scripps hired Ajayi to care for dying children when they took over the pediatric arm of the hospice.

She saw kids with illnesses such as cystic fibrosis and cancer, working alongside their primary care physicians to provide comprehensive end-of-life care. Ajayi was on maternity leave with her new daughter when she learned on a conference call that Scripps would close its hospice unit.

“It was hard because I was on the call with a lot of the people who came from San Diego Hospice, a lot of my attendings who worked for Scripps, she said. “And to hear them cry on the phone.”

Scripps Health transferred its remaining hospice patients to other caregivers this week, many to Escondido-based Elizabeth Hospice, citing financial reasons for the closure. It had been losing $2 million to $3 million a year, losses that don’t come as surprise to people in the business.

“That makes sense to me,” Suzi Johnson, vice president of Sharp Hospice and board member of the National Hospice and Palliative Care Organization.

Johnson says reimbursements from Medicare — the federal program that pays for most hospice care in the country — have increased marginally, while expenses are in the double digits.

And there is more regulatory oversight, Johnson said, in particular increased scrutiny about the patients being admitted into hospice.

“Partially in response to the issues San Diego Hospice had for long length of stays, and that sort of thing,” Johnson said.

Suzi Johnson is vice president of Sharp Hospice and a board member of the National Hospice and Palliative Care Organization. (Megan Wood/inewsource)

Johnson is referring to the number of people who outlive their six-month prognosis, a requirement of hospice eligibility. At the time of the Medicare investigation, it was believed San Diego Hospice owed the government as much as $110 million in false claims — a number that was shown to be dramatically inflated when inewsource obtained the findings of the Medicare audit in 2016. The actual number was closer to $10 million.

Many of the people San Diego Hospice cared for had dementia, a disease in which prognosticating death is difficult. In 2013, inewsource interviewed a man whose wife had been under San Diego Hospice’s care for Alzheimer’s for six years. She was discharged while the hospice was under investigation. The reason given: Her disease, Alzheimer’s, had stopped progressing. She was no longer dying.

“It would have been funny if it was not so dramatic,” Adam Saling, the woman’s husband, said at the time.

Medicare introduced the hospice benefit in 1983, mostly for cancer patients who were coping with pain in their final months of life. San Diego Hospice was among the first in the country to provide care. But over the years, the program expanded to include people dying of heart disease and dementia, among other things, and the catchall, “debility and decline,” a kind of acronym for old age. In 2009, debility and decline was the No. 1 diagnosis of people in hospice, a category that Medicare has since eliminated as a primary diagnosis of impending death.

All of this, the slim profit margin and the increased scrutiny, has contributed to a troubling trend for small nonprofit hospices. They’re declining and being swallowed up or replaced by large for profit hospices.

From 2014 to 2015, the number of for-profit hospices increased by 5 percent, while nonprofits declined by 1 percent, according to the 2017 Medicare Payment Advisory Commission report on hospice.

The commission’s report also found that hospice patients who live the longest turn the highest profit. Short hospice stays are the most expensive because so much of the care comes at the beginning and at the end of the dying process.

Choosing life or a better death 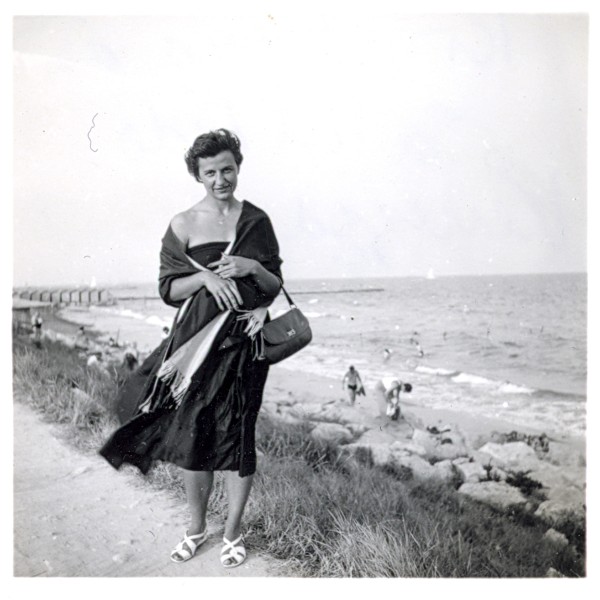 When Does End of Life Begin?

For-profit hospices also have the highest number of long-stay patients — those who outlive their six-month prognosis — according to federal government data.

The Scripps sign remains at the Hillcrest location, an odd backdrop to the scene of fire trucks making their way through the metal gate on the property. The fire station will remain there until 2020, with the city paying about $160,000 a year in rent, according to its lease agreement.

San Diego Hospice was a favorite among the county’s most generous philanthropists, among them, Joan Kroc, the McDonald’s heiress and former San Diego Padres owner. She gave nearly $40 million to San Diego Hospice over the years, including a generous endowment after her death.

“It’s just a shame that it came to this,” Dick Starmann said.

Starmann knew Joan and her husband, Ray Kroc, well. He had worked for the McDonald’s Corp. since the 1970s, so long, he once joked, he had ketchup in his blood.

“She put her money where her mouth was and put lot of dough into it (hospice). (She) thought it would be around for a long, long time, helping people. It didn’t last as long as she thought it would.”

Joanne Faryon is a freelance reporter and former inewsource and KPBS reporter.
© inewsource 2020, All Rights Reserved